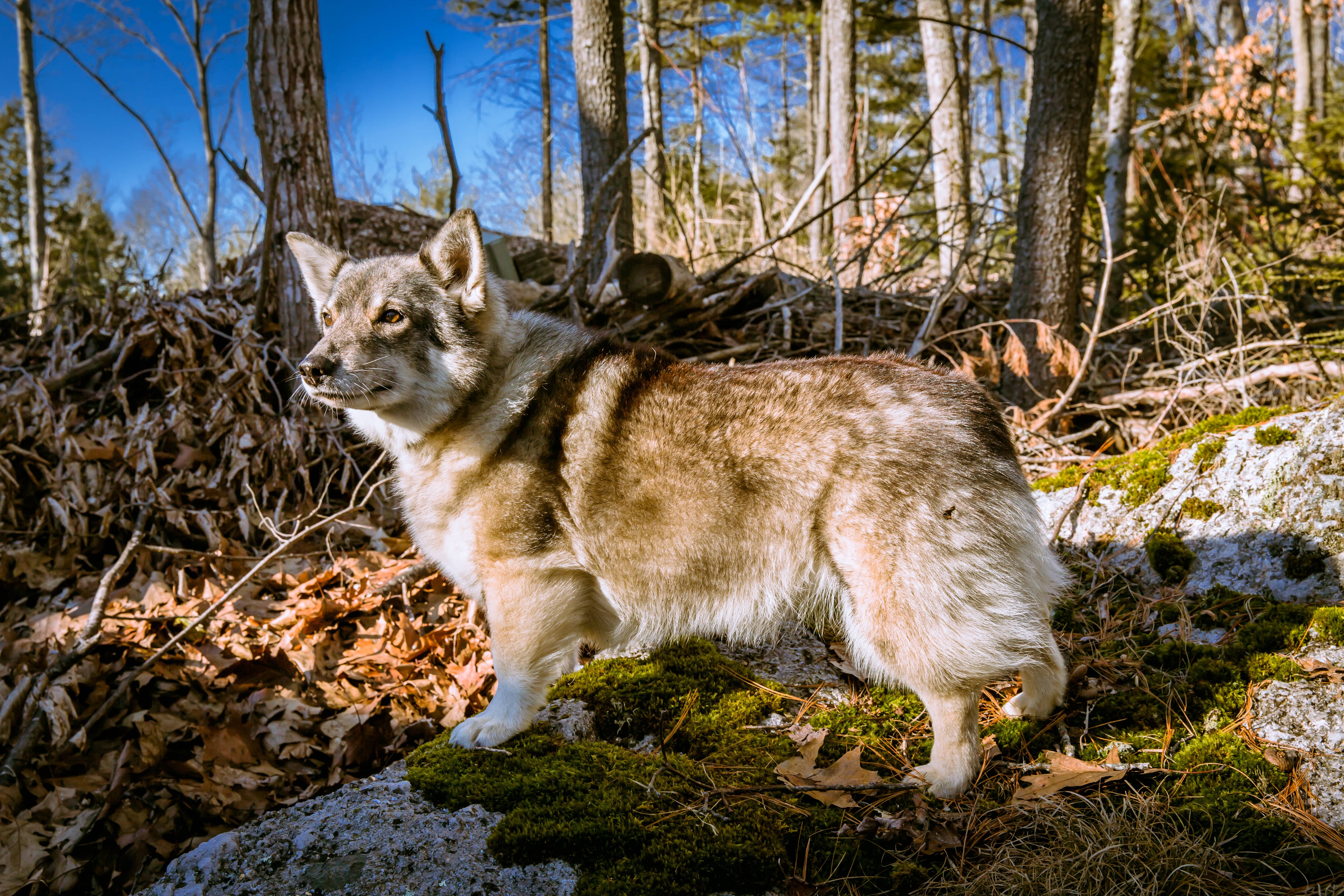 The Little Viking Dog has an intriguing history. Today we’re going to take a look into this rather unknown breed. Learn all about the Swedish Vallhund below!

In Sweden the breed is called Västgötaspets and is also referred to as the Swedish Cow Dog. Their name Vallhund means herding dog in English. Although rare in the UK these dogs are well-loved in their native land.

Check out the pros and cons of the Swedish Vallhund dog breed below:

The Swedish Vallhund is a medium-sized breed with short legs and a long body. Their ears are pricked and tail length varies per individual dog. Their medium-length coat is found in colours, Reddish Brown, Greyish Yellow, Reddish Yellow, Steel Grey, Greyish Brown, with dark hairs along the back, side of the body and neck.

Swedish Cattle dogs are alert, energetic, friendly, and fearless. They’re deeply loyal towards their families and are adaptable, making them suited to a variety of different environments. Humorous and intelligent, Swedish Vallhunds are an intriguing breed!

These dogs are eager to please and make excellent companion dogs as well as herding dogs. Swedish Vallhunds aren’t aggressive or shy. They do have an independent side but that doesn’t prevent them from developing separation anxiety.

The Little Viking dogs are alert and will keep a watchdul eye on their territory. They won’t be afraid of strangers but their size doesn’t make them ideal guard dogs. At first they may be wary but should soon settle down with visitors.

Vallhunds are great with children but they may display herding behaviours. This commonly includes nipping at the feet but they’ll quickly learn its wrong. They’re playful and easygoing around children but are better suited for older kids.

In their past this breed used to drive away strange dogs. So it’s no surprise that some Vallhunds are wary of other dogs. Although their sociable nature is easy to make friends with! Socialization will help encourage friendlier behaviour.

Recommended: Which dog is the National Dog of Mexico!

Hailing from Västergötland, Sweden, the Swedish Vallhund settled in Britain from the 8th century. They arrived with the Vikings who raided and conquered parts of Britain including the British Isles.

The Vallhund is thought to have been developed by Scandanavian Spitz breeds mating with Welsh Corgis. Their ancestry is also linked to larger spitz types and moose-hunting dogs from Scandanavia. These canines were used as all-purpose farm dogs and cattle herders.

In the 1930s the breed almost became extinct. Thankfully, breed enthusiasts Count Bjorn von Rosen and Karl Gustaf Zettersen decided to establish a breeding programme. They travelled across Västergötland, looking for the best of the breed.

Their work led to the recognition of the Vallhund by the Swedish Kennel Club in 1943. The ancient Vallhund is now listed as the National Dog of Sweden. To this day they still work alongside Swedish farmers.

The modern breed arrived in England in 1974 by Lady Elizabeth Cartledge. Soon after, in 1983, they were imported to the United States. In 1984 the Swedish Vallhund received its UK Kennel Club recognition.

This breed requires up to one hour of exercise per day. Some adult Vallhunds could do with a little longer. As this breed is achondroplastic it’s important they don’t jump or climb until their growth plates have closed. This will usually take place around 9-12 months of age.

The Swedish Vallhund is great at dog sports and excels in agility, flyball, showmanship, rally, obedience, tracking and herding. Don’t forget to factor other forms of mental stimulation into their exercise routine.

As active herding dogs they’ll need exercise sessions across the day as opposed to all in one go. Vallhunds won’t make great jogging partners and sometimes a game of fetch in the garden is enough activity.

Vallhunds shed heaviest during the spring and autumn months. Their coats won’t need a trim but will need a brush once or twice a week. The best tools to use are slicker brushes, pin brushes, deshedding rakes and metal combs.

Clean their pricked ears from debris weekly. Baths should be given every 3 months or longer. Ensure their thick coat is washed thoroughly and blow dried after. Give the nails a fortnightly trim and brush the teeth multiple times a week.

Check out the breed-related health conditions of the Swedish Vallhund below:

Persistent Pupillary Membrane: The pigmented tissue remnants in the eye usually disappear before birth. If this doesn’t happen tiny strands may be noticed across the pupil.
Cataracts: A genetic disorder causing an abnormal cloudiness in the eye due to a change of lens. If the opacity is large enough it’ll lead to blindness.
Distichiae: A few eyelashes grow abnormally and touch the surface of the eye. This can cause irritation but affected dogs typically live normal lives.
Swedish Vallhund Retinopathy: A hereditary eye condition damaging the rod and cone cells of the retina. In 2017, a genetic test was developed for this disorder.
Hip Dysplasia: Abnormal growth of the hip joint will cause hip joint laxity. Symptoms include pain and lameness which will develop into arthritis.

Deeply intelligent and eager to please, the Swedish Vallhund quickly learns new commands. Although they’re strong-willed these dogs thrive off attention from their owners, so in the right hands Vallhunds are relatively easy to train.

Repition is a turn off for this quick learner. Make their training sessions short and different each time. Practice in new environments and venture outdoors after developing a level of trust. But remember these herding dogs aren’t pushovers!

Whilst the breed is better for experienced handlers, determined first-time owners are welcomed. Begin socialization as soon as the Swedish Vallhund puppy starts its new life. Join puppy classes where they can meet new people and dogs.

Clicker training is a good method for herding dogs like the Vallhund. Press the click the moment the dog perfects a command. Give a food reward alongside this click. Repeat this and eventually, the click will become the reward. Avoid too many food treats as Vallhunds are prone to weight gain!