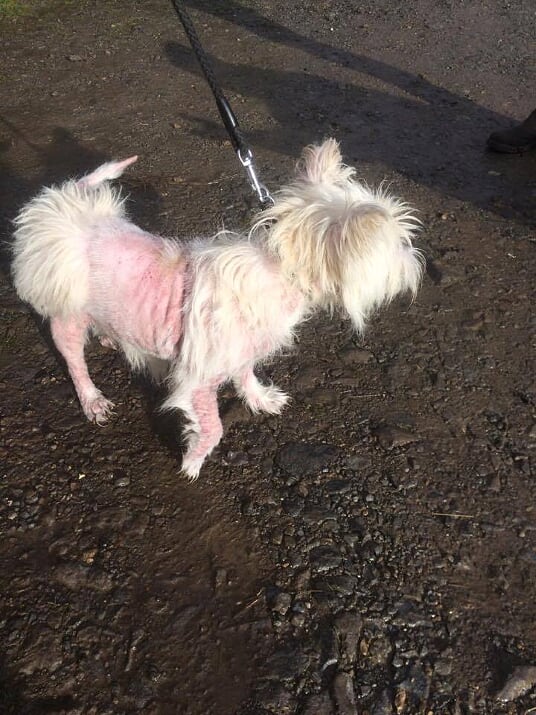 Saving Yorkshire’s Rescue Dogs help rehabilitate and rehome dogs that others just won’t take. These lovely people are working hard to make sure the vulnerable dogs of Yorkshire have a place to go. This is their story!

Check out their website and Facebook to meet the dogs and keep up with the work they do!

We are SYD Saving Yorkshire’s Dogs an independent rescue based in North Yorkshire. We take in the “at-risk” dogs and dogs other rescues won’t take in. Below are two of our rescues we are glad to say had a happy ending

We helped out North Yorkshire County Council by taking in a dog in an emergency situation as the owner was taken to hospital. Jake was a Westie who arrived looking like a sausage – no fur at all on his body. After a vet check medication was started to help his skin recover.

Over the next few weeks he improved as did his owner and for a short period returned home., Sadly that was for 3 days and then the dog was put in foster with us for a few weeks until sadly his Dad passed away.

He was adopted by his fosterers and lived a great life ruling the roost and you could never have guessed the state he had been in.

We were contacted by a local vet practice as to whether we would take in a 4yr old St Bernard that had been turned away from one of the larger national rescues. Why you may ask? , well her owners were in a sad situation as the gentleman was terminally ill and the wife knew she wouldn’t be able to cope with Holly as she was a big dog.

Holly was also epileptic but stable on the medication. The rescue had told them that they should have the dog put to sleep which they were horrified at so talked to their own vets who contacted us.

We immediately said yes and Holly joined us and stayed with us for the 3 weeks it took to do all the vet checks we complete on all dogs and to find her a perfect home. That home was “down south” and they had had an epileptic dog in the past and she joined her new Bernese brothers.

We offered the new owners help with medical costs but to quote them “you don’t have big dogs without expecting big vet bills “.

Holly then had a full life until earlier this year when she passed away 7 years after being adopted.