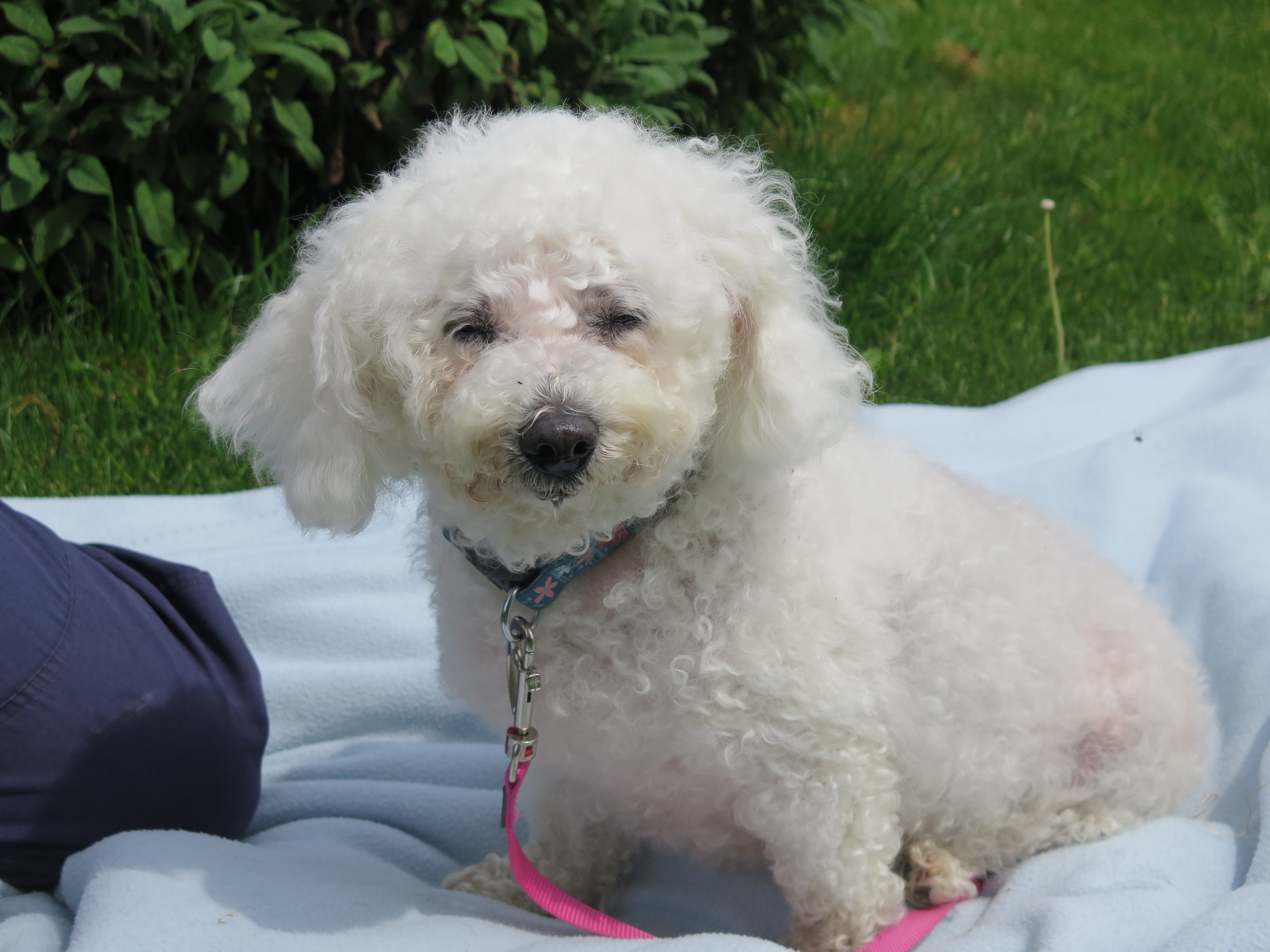 Margaret Green Animal Rescue is an animal rescue charity that has three centres, two based in Dorset and one in Devon. They take in pets that become homeless due to a change in circumstances, or that have been mistreated, neglected or abandoned.

As well as veterinary care, the rescue animals are prepared and rehabilitated ready for a new home. Finding forever homes is at the very heart of what they do and they believe there is no better feeling than finding the perfect match.
Margaret Green Animal Rescue recently welcomed Tilly into their care, who was an eight-year-old Bichon Frise.

She was brought into their Lincoln Farm Centre in Dorset, when her elderly owner was sadly unable to keep her. She saw their vet the day after coming into the centre, as the team were concerned about her health. She was showing signs of incontinence and had urine stains on her back legs, which suggested that she’d had a urine problem for a while.

Her examination highlighted that she had stones in her bladder, which was causing her discomfort and the probable cause of her incontinence. This resulted in Tilly having a bladder scan and the vet was shocked to see what he estimated to be in excess of 100 stones inside her bladder!

Tilly underwent a very long operation to have the stones removed and she had to be hospitalised overnight so she could be monitored. The staff wish this had been the end to Tilly’s ordeal, but her examination also showed that her teeth were in very bad condition and she would need a major dental.

During the dental, Tilly sadly had to have every tooth removed as they were all so rotten that none of them could be saved. Even though she would initially have experienced a very sore mouth, she will be a lot more comfortable now that she has healed.

Tilly returned to the Lincoln Farm Centre to recover from her operation and dental, which cost a total of over £2,000. However, this was worth every penny as it meant Tilly could start to feel comfortable and begin her road to recovery. Tilly is such a brave little girl and the team are all so proud of her courage.

They are delighted to say that she recovered really well and has now found a loving Forever Home, where she will be able to live a happy and pain-free life! Margaret Green Animal Rescue are incredibly grateful for all the support that everyone showed Tilly and the generous donations that their supporters put towards her operations.

To find out more information about Margaret Green Animal Rescue and to support animals in need like Tilly, please
visit their website at: www.margaretgreenanimalrescue.org.uk

Keep up to date with the rescue animals: Margaret Green Animal Rescue | Facebook