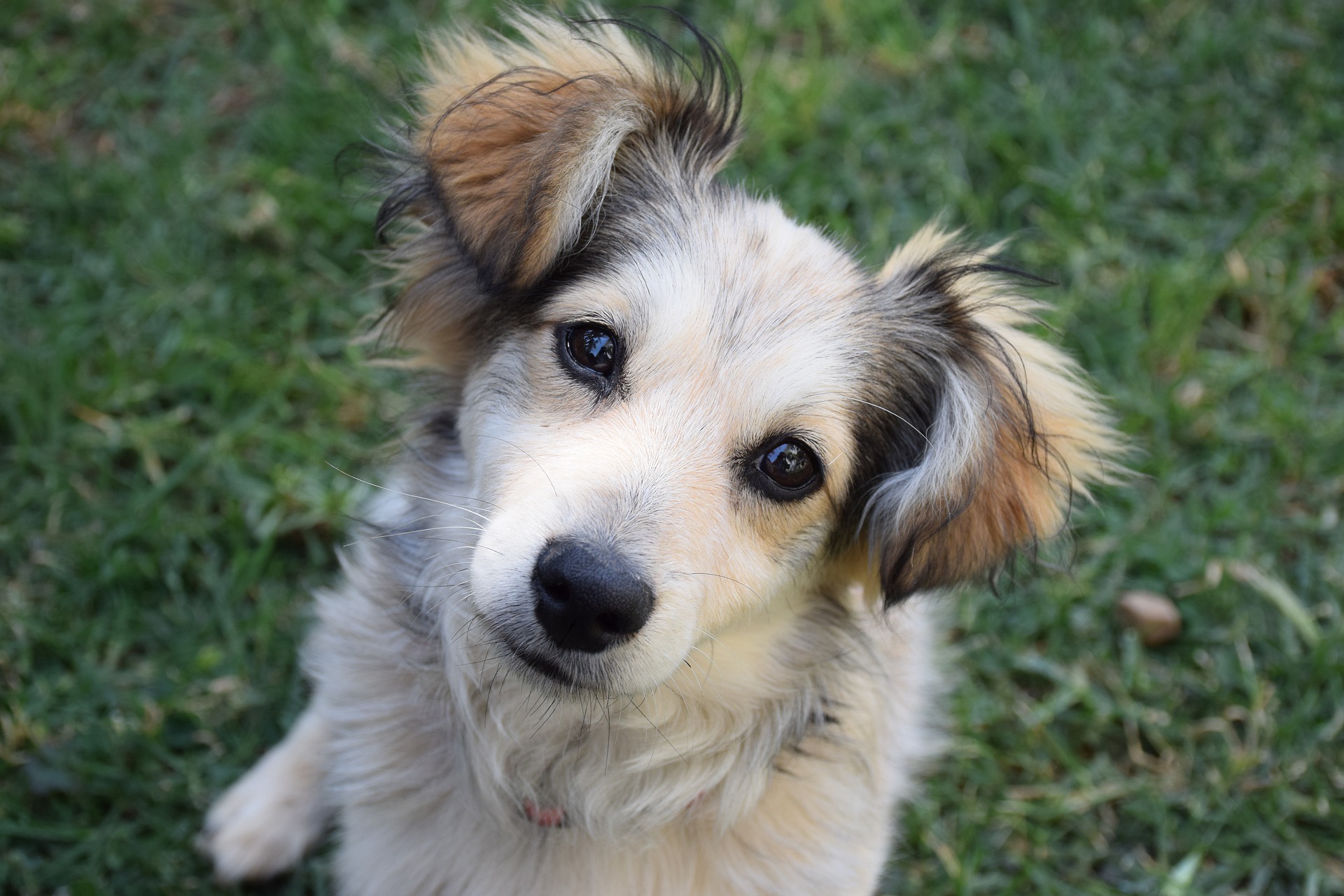 The Small Greek Domestic dog is slowly growing its popularity outside of Greece. Most Kokonis in the UK are rescues imported from shelters in countries such as Cyprus and Greece. Let’s take a look into this hardy breed!

In Greece, the Kokoni won’t be hard to spot. Yet elsewhere across the world, they’re incredibly rare. These companions dogs have been a part of Greek history for hundreds if not thousands of years. They’re typically found snuggled up in the beds of their owners!

Slowly more dog enthusiasts have started taking notice of the breed. Most potential owners must register their interests with shelters in Cyprus and Greece for a chance to own this remarkable pooch. Although Kokonis are a typically healthy breed there hasn’t been much study into their background or breed-related health issues.

Check out the pros and cons of the Kokoni dog breed below.

The Small Greek Domestic Dog also known as the Kokoni features almond-shaped eyes and triangular ears. Their double coat is of medium length and is found in a variety of colours such as Tricolour, Black & Tan, Blonde, Rust, and Black. White is often seen around the middle of the face.

Kokonis may be small but have an almighty loud bark. Thankfully they aren’t excessive barkers. Despite their size, this breed is fearless and can be territorial. It’s not unknown for them to become possessive of their owners.

Intelligent and easily trained, the Kokoni is a great choice for first-time owners. They’re eager to please and form a strong bond with their human companion. On the other hand, Kokoni’s are also independent so won’t suffer easily from separation anxiety. A rather rare trait in a small breed!

As an ideal watchdog, Kokonis will bark at strangers entering their territory. They may be standoffish at first but should settle down. This is of course is dependent on their socialization growing up. A rescue Kokoni may be warier of strangers depending on their history.

In their past, this breed would often be kept with women and children. So naturally, Kokonis are great companions for kids. They’re pretty robust and enjoy the extra playtime and attention but children should still be careful of their small stature.

The Kokoni is sociable and will happily greet other dogs in the park. They can live with other canines but due to their strong prey drive, owners should be aware of bringing felines into the home. Small animals are definitely a big no no!

Despite only receiving Greek Kennel Club recognition in 2004, the Kokoni has a lengthy history. Native to Greece, although some debate he’s from Malta, the Kokoni name translates to ‘little dog’! Their other name is the Small Greek Domestic Dog.

The Alopekis is closely related to the Kokoni and at one point were classed as the same breed, just different varieties. Although their heritage hasn’t been documented, similar-looking canines have been depicted on vases, coins, wall art and pottery. It points to some sort of timeline of the ancient breed’s existence.

Popular amongst the aristocracy, this breed would often accompany women and children. These multi-purpose canines were also ideal for those of a lower-class background. They could hunt small mammals and birds, catch vermin, and herd livestock!

It isn’t uncommon to find the Kokoni living on the streets of Greece. Over time unrestricted breeding created these adorable, independent dogs with few health issues. In their native land, Kokoni’s are highly popular but are rare across the world.

Kokonis are typically imported to the UK through rescue shelters. The breed is only recognized by the German Kennel Club. It’s incredibly difficult to locate Kokoni puppies in the UK. Unlike some hybrids and other unrecognized breeds, the Kokoni does not have an established dog club.

Recommended: Which dog is one of Britain’s favourite Designer Dogs? Find out here!

Kokoni’s might be small but they’re pretty energetic. Ideally, they should receive up to one hour of exercise each day. Whilst a play in the garden can be satisfactory, Kokonis still need to be walked outdoors. As an unrecognized breed, it won’t be possible to participate in any official dog sports shows.

Due to their high levels of intelligence, mental stimulation is important. A bored dog will quickly cause havoc and destruction. Simple brain games of hide and seek, sniffing around on a walk, and puzzles with treats are some ways to mentally stimulate a dog.

At some point in the day, their exercise should be vigorous. Even though Kokonis don’t have a strong wanderlust potential, it’s always safer to keep them leashed. Especially since they have a strong prey drive. If their exercise needs are met, this breed can live happily in an apartment.

The Kokoni is an average shedder so it’s best to brush them daily. A firm bristle brush and comb should do the trick. The fur on their tail feathers out and is prone to tangles. Extra care should be taken when brushing this area.

Leave a minimum gap of 6 weeks between each bath. This prevents damage to their natural oils. Ears will need a clean weekly to remove any debris. Nails need a trim every 10-14 days. Kokonis are prone to dental issues so it’s best to brush their teeth daily.

The Kokoni dog is one of the few breeds with relatively low health issues. This canine only recently received its Greek Kennel Club recognition. So there hasn’t been enough research to identify any breed-related health issues.

Kokoni dogs live long into their teens and over the years the Kokoni mix has provided variety to its genetic background. It’s one of the main reasons there are hardly any inherited health issues. As a smaller breed, the Kokoni is prone to suffering dental issues. To prevent dental disease brush their teeth daily.

Thankfully, this little canine is easy to train making them an ideal choice for first-time dog owners. Intelligent and eager to please, Kokoni dogs will quickly pick up on commands and sail through their training.

Smaller dogs have smaller bladders and require more frequent toilet breaks. It’s best to set a routine as this smart dog will quickly learn to follow it. Return to the same potty space so they recognise the area. Crate training is another ideal way to housebreak smaller dogs.

The small domestic Greek dog is a fantastic companion and lacks stubbornness, so he’s easygoing. Throughout its heritage, this breed has been a multi-purpose working dog. Their smart mind needs to be put to use so teach them advanced tricks, set up obstacle courses and test their brains!

Small dog syndrome can affect any little dog. A lack of socialization often results in fear-based reactions. It’s important the Kokoni is introduced to a variety of people and dogs. Especially since the breed is known to have a protective streak for its owner.

Exercise, mental stimulation and training go hand in hand. Time must be given to all 3 throughout the day. Training won’t work if a dog is stuck indoors with pent up energy. Kokonis are fast learners and will grow tired of repetition so once they’ve got the hang of a command, move on to something new!

Recommended: Which dog has links to the Roman Mastiffs? Find out here!