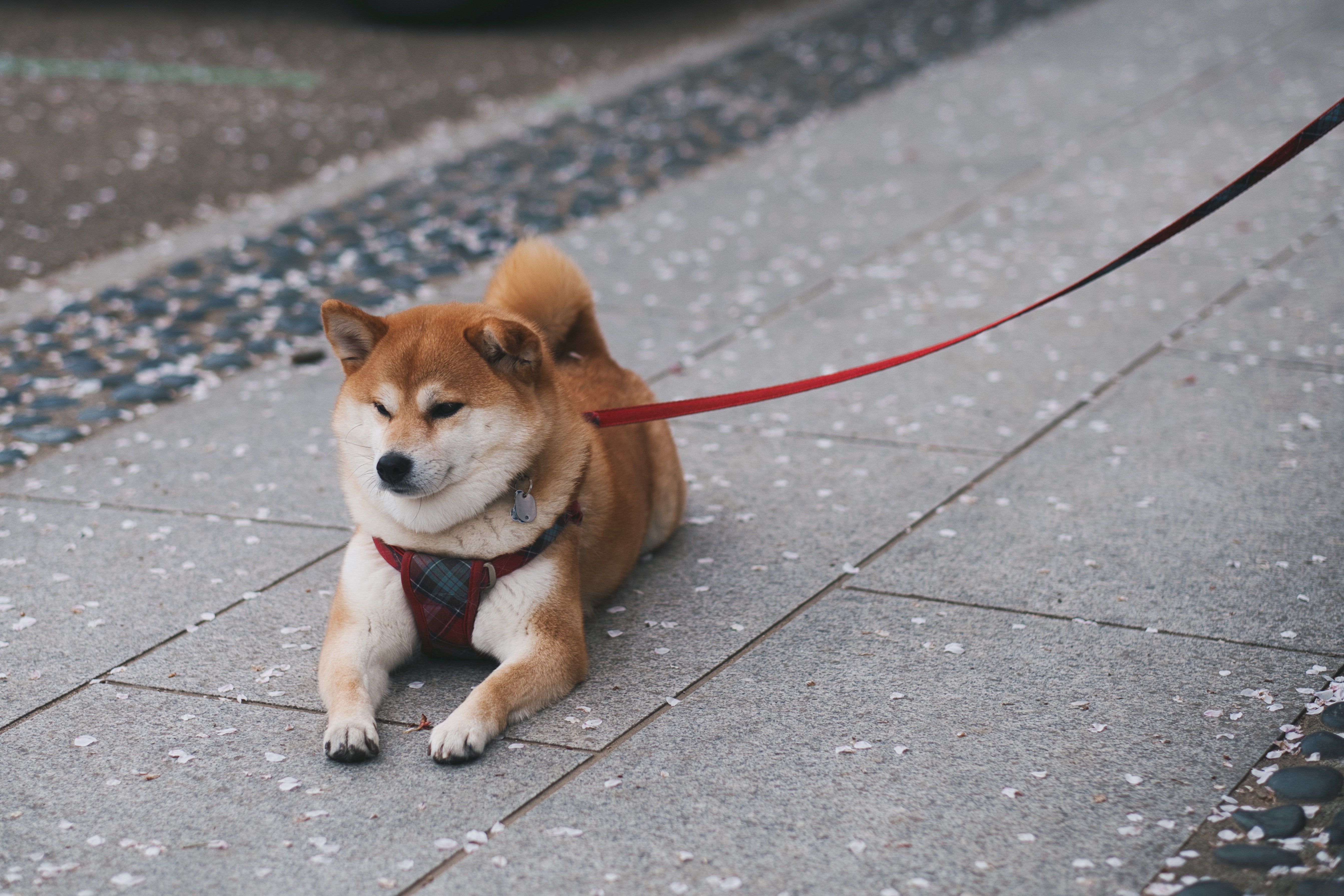 The Shiba Inu is treasured as a National Monument in Japan. Originally bred for hunting, this breed has quickly become popular worldwide. They’re one of the most ancient dog breeds still around today!

Shiba Inus have a ‘good nature’ and ‘spirited boldness’ as described by the Japanese breed standards. Unlike most dogs, the Shiba Inu is fairly cat-like, often licking themselves to keep clean. Thankfully, this helps to reduce an owner’s time spent on grooming!

Independence is a strong trait of the Shiba Inu which often leads to stubbornness. Sometimes they just like their own space which is why they can be left alone for up to 8 hours. Strong-willed is a great term to describe this canine!

Shiba Inus can make great family dogs but are more suitable for homes with older children. The constant attention from under 6s can be overwhelming for a dog that likes its own space.

Strangers won’t be welcomed with open arms. Typically a Shiba Inu will be suspicious of strangers. Although the breed isn’t an effective guard dog, their alertness makes them a great watchdog.

Dominance can be an issue for the Shiba Inu, especially when socializing with dogs of the same sex. They can live with other canines and cats provided they are the top dog and were reared together. Avoid smaller animals as these will be viewed as prey.

Learn about the positive and negative characteristics of the Shiba Inu

The Shiba Inu dog is a medium-sized Spitz breed. They have a thick short double coat with a fox-like appearance. Shiba Inus also feature a curly tail that has slightly longer fur. Apart from the typical Red Sesame, Shiba Inus can also be found in Black and Tan, Black Sesame Sesame, Red, and Cream.

The Shiba Inu is a Spitz breed hailing from Japan. They’re one of the oldest dog breeds dating back to the 3rd century BC and were originally bred for hunting purposes. Their typical prey consisted of small game such as birds and rabbits.

Different regions in Japan had their own versions of the Shiba Inu. The three main breeds were known as the Shinshu Shiba, Sanin Shiba, and Minu Shiba. The Shiba Inu is Japan’s smallest native breed.

They are deeply treasured in their homeland and were listed as a National Monument of Japan in December 1936. This happened shortly after the Japanese breed standard was released in 1934. Unlike the Kennel Club, the Japanese standards see the Cream colour as a major fault.

World War II almost marked the end of the Shiba Inu. Thankfully breeding programmes were established to help improve the Shiba Inu breed numbers. Today they are popular across the world.

The Shiba Inu was first introduced into the UK in 1985 by Gerald and Kath Mitchell. Roy Mulligan and Ann Shimwells shortly followed suit. They became the main founders of the Shiba Inu breed in the UK.

A Shiba Inu needs up to one hour of exercise each day. Some may be suitable to live in apartments although a small garden is recommended. Shiba Inu puppies will benefit from longer exercise time split into multiple walks.

To prevent boredom play some interactive games with your pets. These are great forms of mental stimulation. Never trust this pooch off-leash. They may wander off trying to explore the world! They’re also great escape artists so ensure gardens are completely secure.

Thanks to the breed’s cat-like qualities you have a helping hand on the grooming side! But they do shed all year round, particularly in the Summer and Autumn months so regular brushing is a must!

Baths can be given every 1-6 weeks. You will need to wash through the coat thoroughly to ensure you reach the skin. A blow dryer will be needed for the best coat results. Air drying will take too long.

Introduce your Shiba Inu puppy to grooming as soon as possible. This helps them feel more comfortable with the process. Ear cleaning and nail trimming will be needed every week.

Some breeds are commonly affected by specific health conditions more than others. Below are the health issues seen in the Japanese Shiba Inu dog.

One trait that describes this breed is stubbornness. Unfortunately, this can hinder training. Training lessons should be ten minutes each, multiple times a day. Rewards are a great way to grab this canines attention! Ensure you have some food or their favourite toy to hand!

Clicker training is a great form of positive training. To begin you will use the click at the exact moment your dog gets their command right. Give them a food treat to show them the click is positive. Eventually, over time the click will turn into a reward and no food will be needed.

Whilst the Shiba Inu dog breed is intelligent, owners will need lots of patience to tackle their stubborn side. They’re free-spirited which is why first time owners aren’t recommended. Shiba Inu puppies should be trained as early as possible.

Some owners find recalling their Shiba Inu puppy is best done in a high pitched voice. The difference in tone makes it easier for your dog to understand. Shiba Inus love to vocally communicate with their owners so they may even respond!