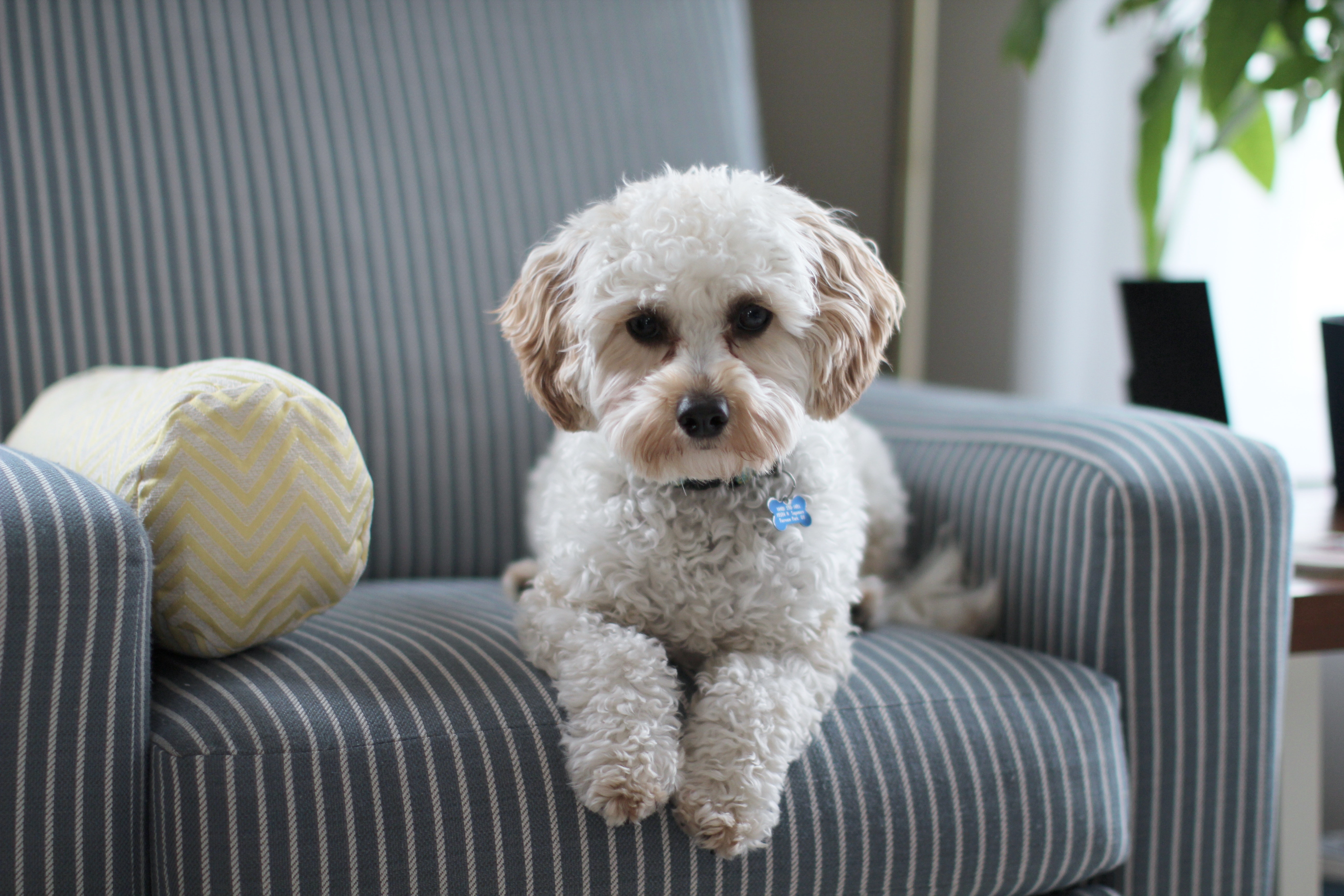 The Cavapoo is one of Britain’s most popular designer dog breeds. A cross between a Poodle and a Cavalier King Charles Spaniel, we’re going to look into the Cavapoos personality, health, training needs and more!

The Cavapoo is a popular hybrid and is a cross between the Cavalier King Charles Spaniel and the Poodle. The breed can be crossed with a miniature, standard or toy Poodle resulting in the Cavapoo’s varying sizes. Due to its crossbreed status, the Cavapoo might inherit more features from one parent than the other.

This designer dog also goes by the name Cavoodle or the Cavadoodle. Over the last 20 years, these teddy bear dogs have made long strides to establish their own breed. Yet still, the Cavapoo hasn’t been recognised by the FCI, Kennel Club or American Kennel Club.

Check out the pros and cons of the Cavapoo dog breed below:

Prone to separation anxiety
High grooming needs
Not a great watchdog
Vocal, will bark for attention

The Cavapoo is a designer dog featuring long floppy ears and a wavy low shedding coat. A Cavapoo full grown will reach up to 14 inches in height and 11 kilograms in weight unless you own a smaller variety. The breed is found in a wide range of colours that include, tri-colour, bi-colour, Black, White, Apricot, Sable, Chocolate, Tan and Red.

The Cavapoo dog breed is a happy go lucky dog. They’re highly friendly and sociable and make great companion dogs. This breed is good-natured, playful, and affectionate and isn’t known for aggression. Their cute appearance is matched to their gentle and sweet temperament.

Cavapoos thrive off their owner’s attention and don’t do well on their own for long periods. These lapdogs are better suited to homes where at least one person stays indoors.

This breed isn’t a natural watchdog or guard dog and won’t be a great defender of the home. They’re friendly to all including strangers. The most they’ll do is bark at the knock of a door. A Cavapoo shouldn’t be timid which is often an indicator of a lack of socialization.

All varieties of Cavapoo size are exceptional family dogs! These playful pooches get along well with children and enjoy the interactive games and extra attention! A miniature and toy Cavapoo is better suited to families with older children as they’re more fragile and prone to injury.

Cavapoos are highly sociable and love making friends at the park! They’ll play nicely with other dogs and can also live happily alongside them too! The Cavapoo is a lover of all animals and can also live with cats and smaller pets. Although it’s recommended they’re raised together from puppyhood.

The Cavapoo is a hybrid crossed between a Cavalier King Charles Spaniel and a poodle. Whilst they may have been around America during the 1950s, they weren’t bred under an official aspect until the 1990s by Australian breeders. It didn’t take long for these designer dogs to skyrocket in popularity across the world.

In the UK the Cavapoo isn’t an uncommon breed so it’s best to check any shelters or Cavapoo rescue centres before sourcing a Cavapoo breeder.

The standard Cavapoo requires up to one hour of exercise per day. A toy and miniature Cavapoo will need slightly less at around 30 minutes per day. All varieties of Cavapoo are suited to apartment living. Sometimes a game of fetch in the garden is enough to wear the mini Cavapoo out!

As a hybrid, a Cavapoo is unable to perform dog sports in any official capacity. However, it is still a good idea to involve them in dog sports for fun. It’s a good form of exercise and mental stimulation. Bored dogs will display destructive behaviours, so it’s important to keep the Cavapoo occupied.

Cavapoo dogs have a hypoallergenic coat so they’re better suited to allergy sufferers. This breed hardly sheds so owners will need to brush through the coat every 2-3 days to remove dead fur. A slicker brush and comb is the most ideal tool to use on their coat.

Every 6-8 weeks the Cavapoo should receive a thorough groom and trim of their fur. This should include a wash and blowdry. Be careful not to over-dry the coat as this is damaging to the fur. Some owners do this from home whilst others use a professional grooming service.

A Cavapoo has long fluffy ears which are susceptible to infection. These should be cleaned weekly to prevent a build-up of debris. Dogs should also have their teeth brushed daily and their nails trimmed fortnightly. Introduce grooming techniques to a Cavapoo puppy as early as possible to prevent fear.

Check out the breed-related health conditions of the Cavapoo below:

Luxating Patellas: The kneecap moves out of position before quickly returning back into place. A dog may run on three legs before quickly returning back to 4.
Hip Dysplasia: The ball and socket of the hip joint don’t fit together correctly due to abnormal growth. This will lead to pain, inflammation, swelling, lameness, and eventually arthritis.
Epilepsy: A common neurological condition causing unprovoked seizures in affected dogs.
Mitral Valve Disease: This disease targets the heart valve tissue causing it to degenerate thus preventing the heart valve from fully closing.
Progressive Retinal Atrophy: A degenerative condition targeting the photoreceptor cells within the eyes. Over time this will lead to blindness.
Glaucoma: A painful condition caused by a build-up of fluid within the eye. Symptoms include redness, rubbing of the eye, a cloudy cornea, and eventual loss of vision.
Entropion: The eyelid rolls inwards causing the lashes to rub against the surface of the eye. This will cause ulcers, pigmentation development, irritation, and watery eyes.

The Cavapoo might be a designer dog but they hold mountains of intelligence and are easy to train. This makes them a suitable breed for first-time owners. As a sensitive companion, the Cavapoo will become upset with harsh training techniques. Use positive methods, patience and a calm yet assertive tone of voice.

Crate training is beneficial to the Cavapoo as their crate becomes their safe space. This dog is prone to separation anxiety so if their owners were to go out for a couple of hours, they could use the crate as a source of comfort. It’s also a tool that can be used to housebreak a dog because they don’t like soiling their own spaces.

Cavapoos are essentially lapdogs but their cute teddy like faces can be a distraction to owners. Some may fall for the cute puppy eyes allowing their dog to push or even break the boundaries. This will lead to bad habits that may include excessive barking, jumping, digging, and hyperactivity.

Naturally, this breed is pretty sociable and will make lots of friends in the dog park. Cavapoo puppies should be thoroughly socialized with people, dogs and environments to nurture them into well-rounded dogs. Group puppy classes are an excellent way to do this.