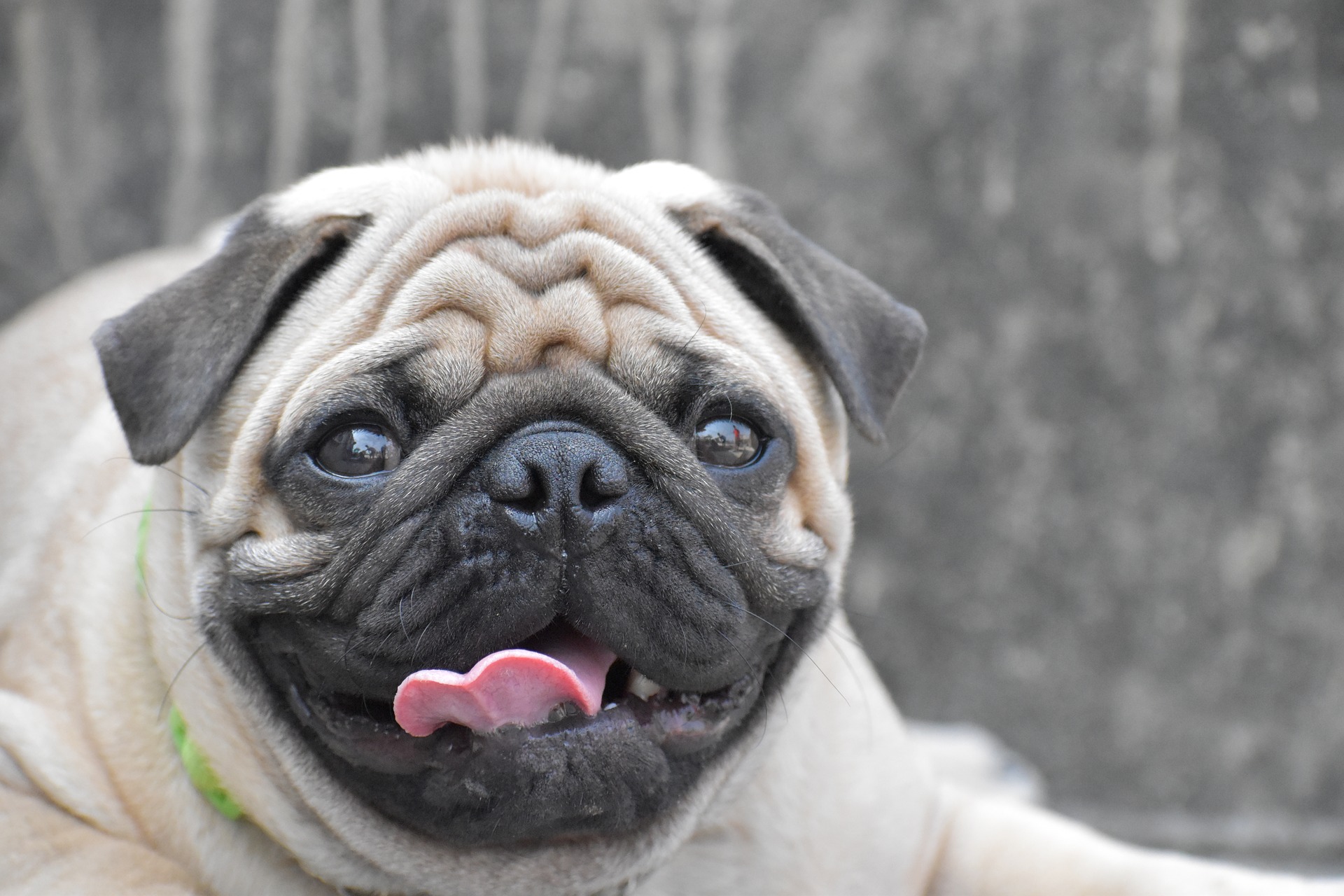 A Brachycephalic dog has a shorter nose and flatter face compared to other breeds. In the UK flat-face dogs have seen a stark rise in puppy ownership. The Kennel Club has seen a 2,747% increase in French Bulldog puppy registrations since 2004!

Yet many owners are simply unaware of the health problems associated with brachycephalic dog breeds. We’re going to tell you the signs to look out for and when you need to seek veterinarian help.

The Dutch Kennel Club have now banned English Bulldog puppy registrations. This is in response to the government ban on broad skulled dogs due to the health and breathing issues associated.

Whilst many organisations have championed the move, others are worried this could increase backstreet breeding. Other dogs included in the ban is the French Bulldog, Shih Tzu, Pekingese, King Charles Spaniel, Japanese Chin, Brussels Griffon, Affenpinscher, and the Boston Terrier.

What is Brachycephalic Obstructive Airway Syndrome?

Brachycephalic dogs already have flat faces, but some can suffer abnormalities in their airways. Mastiffs and Staffordshire Bull Terriers have slightly longer noses than Pugs and Bulldogs. So they aren’t as likely to suffer from Brachycephalic related health conditions.

Flat-faced dogs have a standard amount of tissue in their faces that’s all been squished together. This could cause your dog to suffer from narrow nasal passages, narrow windpipes, elongated soft palates, and even laryngeal collapse. These breathing problems are known as BOAS (Brachycephalic Obstructive Airway Syndrome).

The word Brachycephalic derives from Ancient Greek and means ‘short head’. BOAS is a result of selective breeding. Dog enthusiasts wanted to create a canine with a shorter skull, reducing the size of the nose and lower jaw. But this has caused flat faced dogs to have tongues that are too big for their mouths.

The Kennel Club has estimated around 70% of Britain’s dogs are unregistered. Puppy farming and irresponsible breeders contribute heavily to the increase of physical exaggerations in Brachycephalic dog breeds.

Below are the following symptoms of BOAS owners need to be aware of:

If you notice your dog experiencing any of the signs above, seek immediate veterinary advice.

Your Flat faced dog may also experience a variety of other health issues. They are as follows:

Research has shown a link between Brachycephalic breeds and dystocia (birthing difficulties). In the UK over 86% of English Bulldog puppies are born via caesarean section. Only slightly higher than French Bulldogs and Boston Terriers at 80%.

The puppies heads are larger than the mother’s narrow birth canal. Without medical intervention, this can be fatal. Vets refer to this as ‘Dystocia due to foetal-pelvic disproportion.

French Bulldogs also require artificial insemination as they can’t mate naturally. The male genitalia is unable to reach the female’s vulva as it’s much higher within their body. It’s also safer for English Bulldogs to be artificially inseminated.

Dogs thermoregulate through their noses. For Brachycephalic dogs, it’s harder to keep cool in hotter temperatures. This places them at a much higher risk of heat exhaustion and heatstroke. Older, overweight flat-faced dogs are particularly vulnerable.

The scrolls of nasal tissue in the passage are known as turbinites. These filter and cool down the warm air entering the nasal passage. Brachycephalic dogs have a short, compact nasal passage, so the turbinites are crowded and will touch one another. These obstructions cause breathing difficulties.

Flat faced dogs also have narrow windpipes and elongated soft palates. These abnormalities restrict the amount of oxygen inhaled with each breath. Panting is the most effective way for dogs to cool themselves down. So it’s no surprise these dogs are unable to effectively cool down.

Laboured breathing reduces the amount of oxygen entering the bloodstream. Over time this will cause a strain on the affected dog’s heart which could result in secondary heart problems. Brachycephalic breeds are more susceptible to heart issues and should be monitored by their vet regularly.

An increase in deep facial folds prevents air from reaching the skin. Bacteria trapped between the skin folds will eventually cause yeast infections. Chronic infections and skin irritation are common amongst extreme brachycephalic dogs.

Narrow ear canals are another result of selective breeding. It reduces the airflow entering the passage. Bacteria and debris will build up quicker resulting in ear infections. Regular ear cleaning is needed to reduce the risk of chronic or recurring infections.

Prominent eyes are a feature in many brachycephalic breeds. But these can prevent tear film from spreading and efficiently lubricating the eye. Other abnormalities such as imperfect eyelids, nasal folds, and shallow eye sockets can also have an effect.

Brachycephalic dogs have 42 teeth, just like any other breed! However, their smaller skulls, don’t provide enough space for all their teeth leaving them overcrowded. As a result, flat-faced breeds are more prone to dental issues.

Check your dog’s teeth regularly to avoid serious dental problems. Vets recommend teeth are brushed daily. Teeth may grow at an angle, so debris is easily trapped. In some cases, teeth might need to be extracted.

Surgery is the only treatment that will make a difference to your dog’s breathing. Stenotic nares are corrected by surgically removing the excess tissue within the nostrils. A soft palate resection can be undertaken to reduce the elongated palate to normal size.

Everted laryngeal saccules that obstruct the larynx can be surgically removed. Surgery should be undertaken as early as possible for the most effective results. Swelling may occur after the operation so keep a close eye on your dog.

Your dog is also prone to weight gain which will put further strain on their breathing. It’s important to regularly exercise your dog without causing them discomfort. Take multiple short walks during cooler periods of the day and use a harness as opposed to a collar. Applying pressure to their neck can make breathing more difficult.

There are 24 Brachycephalic dog breeds in the UK, they are as follows:

2 thoughts on “Brachycephalic Dogs: What you Should Know”