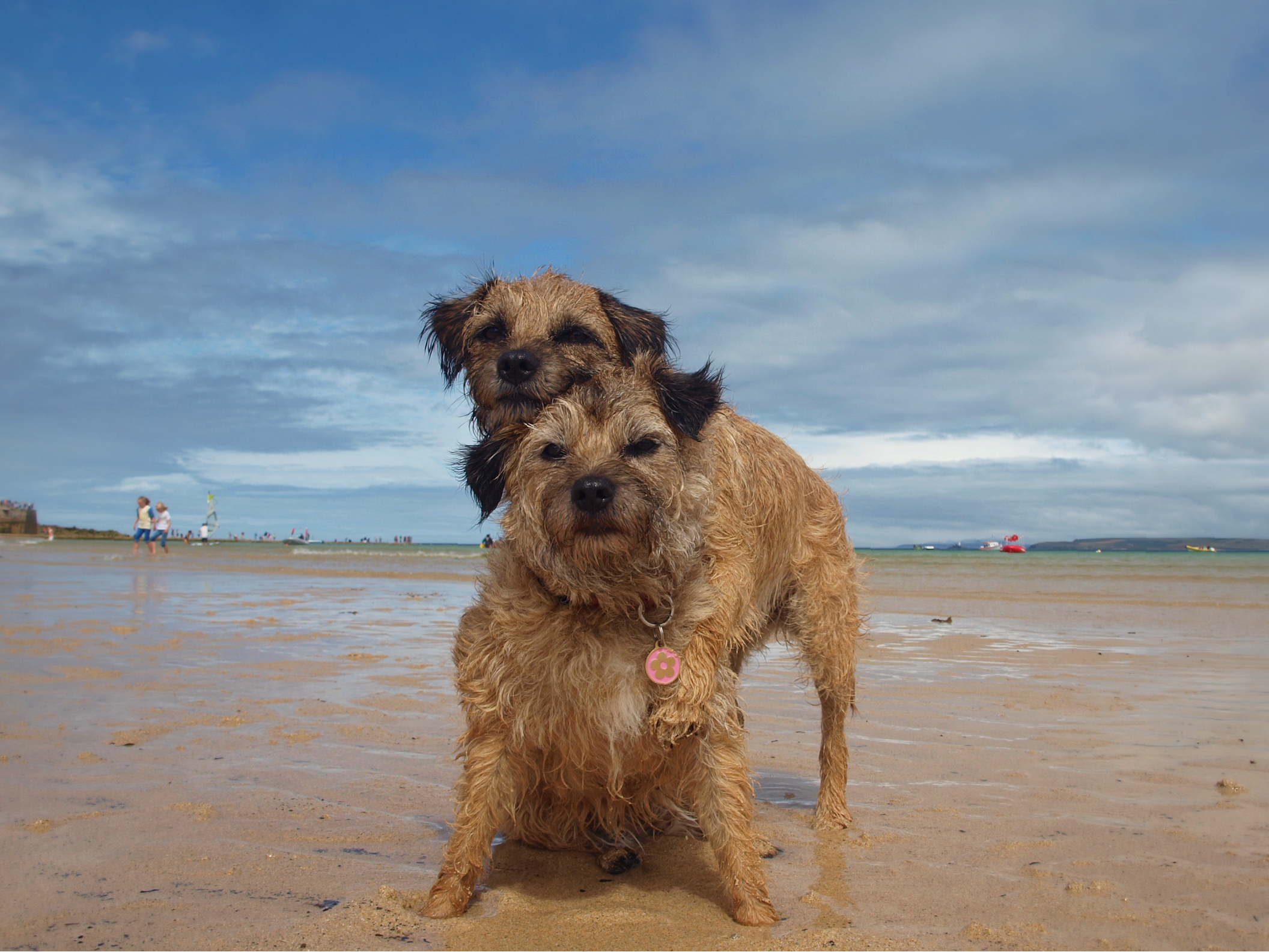 Over the last decade Border Terriers have seen a steady decline in registration numbers with the Kennel Club. In 2011 there were 7,188 Border Terrier puppy registrations. However, the breed still hasn’t lost its spot on Britains top 20 dog breeds list!

Check out the pros and cons of the Border Terrier below:

Small but mighty the Border Terrier won’t back down from a challenge. Like most Terriers, fearlessness is an inherited trait! Size means nothing to them but as the Border is smaller, it could land them in trouble with a much larger dog! However, this sociable canine is happy and friendly. Borders aren’t the type to instigate, but they’ll definitely finish it!

Loyal, loveable, energetic, and alert, the Border Terrier will make a fantastic companion. They have a unique personality and will keep their owner on their toes! Despite their stubborn streak this breed is intelligent and picks up on training well! Border Terriers are suited to first time owners.

Naturally, this breed is alert and will make a suitable watchdog, although their size isn’t suited for guard work! Borders will welcome strangers into their homes and will politely greet their guests. It’s important to socialize this breed well with strangers so they don’t resort to fear-based reactions.

Border Terriers are excellent family dogs and do well in homes with children! A child will find a forever friend in a Border! Although small this breed is sturdy, energetic, and a fantastic playmate for kids. Always supervise play in case things get a little too boisterous!

A well-socialized Border Terrier will enjoy being in the company of other dogs. They’ll quickly make friends in the dog park, politely introducing themselves to those who pass by. Border Terriers can live in homes with other dogs and also cats however, it’s best they’re raised together from puppyhood.

Border Terriers are one of Britain’s oldest Terrier breeds. They were developed along the border of Scotland and England by farmers and shepherds. An agile Terrier was needed to defend the sheep from the Hill Fox. Borders were small enough to fit into the dens of foxes but big enough to keep up with huntsmen on horses.

Their coat is wiry and weatherproof protecting them from the tough terrain. This breed was previously known as the Coquetdale and Redesdale Terrier the areas of which they originated. Their legacy, however, is attributed to Northumberland, where they became well-known fox hunters working alongside Hounds.

The Border Hunt is over 130 years old and covers the countryside from the River Rede to Jedburgh. It’s a controversial hunt that’s even seen members Timothy Allen and Shaun Anderson on trial for breaching Scotland’s fox hunting legislation.

The breed was also known to work as ratters on farms. Other prey included otters and badgers. Border Terriers were popular amongst the working-class and were typically used to hunt for work as opposed to sport. The breed will bolt after foxes and can also go to ground. Aggression is not a Border Terrier trait as they have to work alongside other dogs.

Energetic and playful, Border Terriers require up to one hour of exercise per day, but don’t be surprised if they want longer! Despite their small size, Border Terriers have fantastic stamina and can easily keep up with huntsmen on horseback! So they must participate in vigorous play.

Long walks across the countryside are thoroughly enjoyed but don’t forget they have a strong prey drive! Always keep them leashed unless in an enclosed space. Their gardens must be secure! Border Terriers love digging so ensure fences are fixed deep into the ground!

As a hypoallergenic breed, the Border Terrier dog sheds minimal amounts. It’s advised to brush them once each day to remove any dead fur. Their coarse, short coats should never be clipped but hand stripped instead. Although some owners prefer a natural shaggy look.

Bathe Border Terrier dogs once a month minimum. Frequent washing can strip the coat from its natural oils. Every week the ears should be cleaned from debris. Nails will also need trimming. To maintain dental hygiene brush the teeth multiple times a week if not daily!

Check out the breed-related health conditions of the Border Terrier below:

Patella Luxation: The kneecap moves out of position temporarily before returning back into position just as quick.
Canine Epileptoid Cramping Syndrome: Also known as Spike’s disease, this condition is hereditary and found in Border Terriers. It causes tremors, spasms, seizures and is similar to epilepsy.
SLEM Spongiform LeucoEncephaloMyelopathy: Shaking puppy syndrome has been seen in Border Terrier puppies since 2012. It’s a relatively new condition affecting the central nervous system.
Canine Gallbladder Mucocele: The accumulation of excessive and abnormal mucus in the gallbladder causing it to become enlarged.
Cushing’s Syndrome: This is caused by an excessive amount of the hormone cortisol produced by the adrenal glands found at the top of each kidney. Symptoms include excessive urination, thirst, lethargy, breathlessness, and an increase in appetite.

Border Terriers may be one of the sweeter members of the Terrier family, but they still have a stubborn streak! Owners will need patience as a Border Terrier won’t be forced to cooperate. Luckily this breed is intelligent and a quick learner. They’re also eager to please, another bonus to training!

Keep training sessions to around 10-15 minutes and avoid constant repetition. Be firm but not harsh as Borders are sensitive. Positive reinforcement methods work best! First-time dog owners may benefit from professional training classes.

Borders are prone to separation anxiety and mustn’t be left alone for long periods of time. This breed will form a strong bond with its owner. If they feel anxious, worried, and lonely they’ll resort to destructive behaviours. At least one member of the household should stay home during the day.

Socialization is highly important for all members of the Terrier family. Their fearlessness and mentality of never backing down could cause behavioural issues if left untrained. Introduce a Border Terrier puppy to new people, dogs and places regularly throughout their lives.