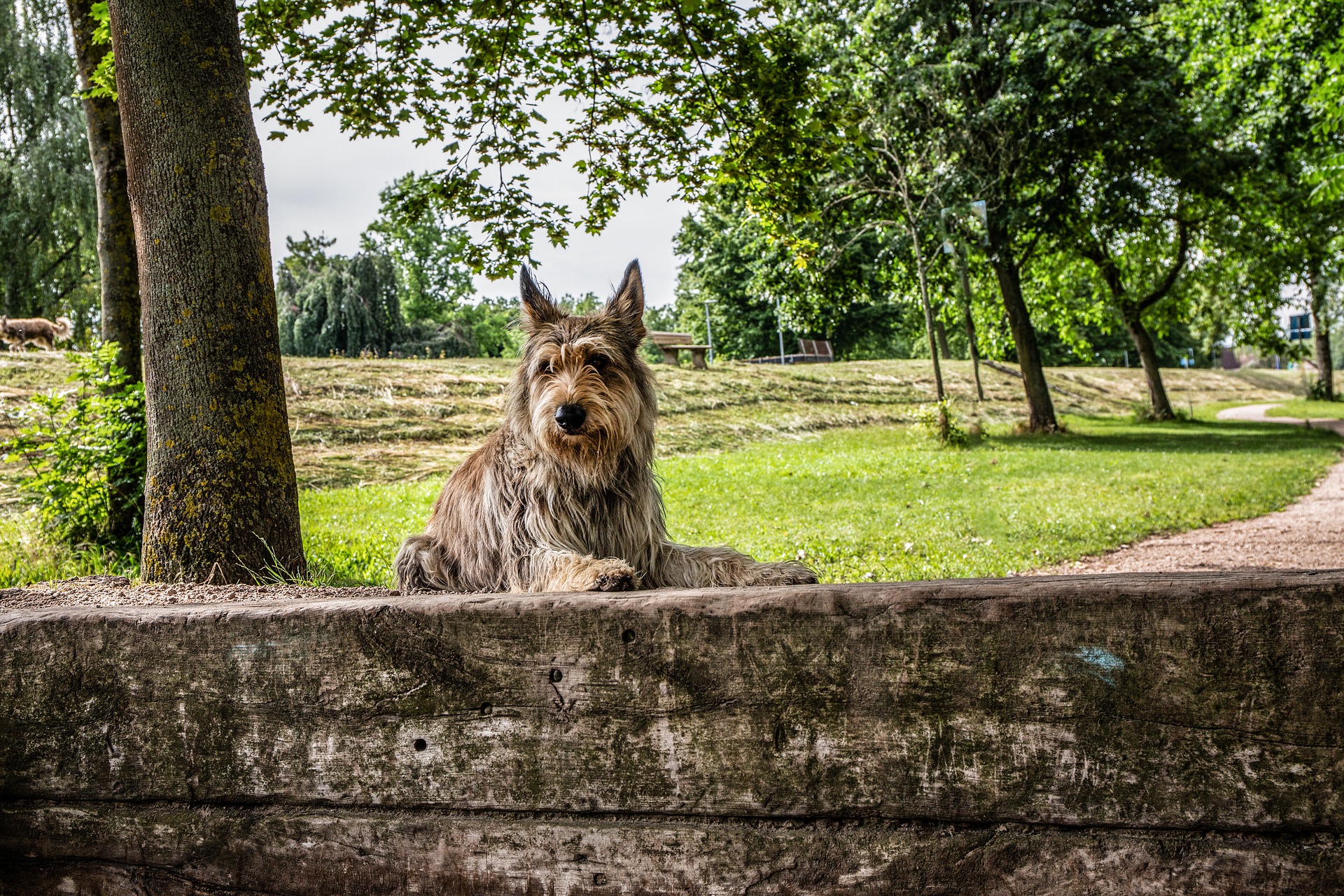 The Picardy Sheepdog is one of France’s oldest living sheepdogs. This rare breed has a scruffy appearance and almost became extinct during World War I & II. Today we’re going to take a look into this rather unknown canine.

Berger Picard Exercise: Up to 1 hour per day

Berger Picards are a herding breed so they have a high-spirited, energetic personality. The Berger Picard temperament is on occasion headstrong. They’re highly intelligent, picking up on commands quickly, but an experienced leader is needed to handle that stubborn streak.

A Picardy Shepherd isn’t very vocal but they are observant. They’ll protect their families if they feel it’s necessary. When meeting strangers, this breed will be reserved and possibly standoffish. Regular socialization is important for a Berger Picard puppy as it impacts their adult behaviour.

Playful, tolerant, and affectionate, the Berger Picard dog gets along well with children. As a sheep herding dog, this breed may display herding behaviours. So families with older children are recommended.

When it comes to meeting new canines, the Berger Picard won’t be everybody’s friend. Sometimes they just won’t take to a dog’s personality. But they can be friendly and playful, again early socialization will have an impact on this.

The Berger Picard likes to hold eye contact. To some dogs, this can be seen as aggression. It can also make strangers feel uncomfortable. These dogs are used to being around livestock. So they can live with cats and other animals provided they’re introduced to one another during their early years.

Check out the positives and negatives of the Berger Picard dog breed below.

The Picardy Sheepdog is a medium-sized breed sporting a shaggy, tousled coat. They can be found in the colours fawn and grey. Their ears are naturally upright and their low-hanging tail resembles the letter J.

Recommended: Pick up your dog’s poo the environmentally friendly way!

The Berger Picard is one of the oldest sheepdogs native to Picardy, France. They’ve been depicted on artwork dating back to the Middle Ages but were only recognised as a breed in 1955.

Pronounced bare ZHAY Pee CARR, this breed is closely related to the Beauceron and the Briard. Picardy is the centre of French agriculture, boasting acres upon acres of pastureland. To this day they are still proudly used as working dogs in the fields of France.

Farmers took pride in their native sheepdog with the breed attending France’s first-ever dog show in 1863! Ancestors of the Berger Picard were brought to Northern France in 400 B.C by the Celts who invaded Gaul.

Berger Picard dogs almost became extinct during World War I and II. Picardy was hit hard. The Battle of the Somme, The First Battle of Picardy, and The Battle of the Amiens are just some of the battles that took place in the region.

Today, the Berger Picardy is still relatively rare. Worldwide, there are thought to be around 5,500 Berger Picards, 3,500 of which are in France. However, they have been making a comeback in America after the Berger Picard Club of America’s acceptance into the AKC.

Aim to give the Picardy Shepherd dog up to one hour of exercise each day. Rambunctious Berger Picard puppies may benefit from a little extra outdoors time. These canines enjoy swimming and also make excellent jogging partners!

The breed is incredibly intelligent and requires mental stimulation to prevent boredom. Dog sports are a good form of activity and stimulation. The Berger Picard excels in rally, agility, tracking, flyball, obedience and herding.

Picards have a rough, double coat that’s fairly low maintenance. The shaggy fur will need a weekly brush to keep it in tip-top shape. Occasionally the breed will need hand stripping around the ears but Picards should never be trimmed.

Ideally, baths should be given every 6-8 weeks but this can be left longer. Their coat should naturally have a tousled appearance. Only show dogs should be bathed frequently. Picardy Shepherds love a swim so give them a quick rinse once indoors.

Ears will need a weekly clean to removes any debris within the ear canal. Nails should be trimmed every fortnight. Picardy Shepherd puppies should have their paws handled regularly so they’re comfortable around nail trimmers. Don’t forget to brush their teeth!

Picardy Shepherds are a relatively healthy breed but there are still some health issues owners should be aware of:

Hip Dysplasia: The hip joint develops abnormally causing the ball and socket to grind against one another. This will cause pain, lameness, inflammation and eventually arthritis.

Progressive Retinal Atrophy: This degenerative disease targets the photoreceptor cells within the eye. It is an inherited condition that over time, will cause blindness.

Retinal Dysplasia: The retina develops abnormally causing lumps within the tissue. If the retina is badly affected it could detach from position causing blindness.

A Picardy Sheepdog puppy should begin training immediately upon its arrival. Positive reinforcement works best so always praise the puppy when it does the right thing. They can be sensitive so avoid harsh corrections.

The Berger Picard puppy needs lots of socialization including in their adult life. Whilst they can be easily trained thanks to their intelligence, they are still better suited to experienced owners.

Picards have a stubborn streak and could lose interest so keep sessions short. Ten minutes should be fine. This energetic canine should be exercised before to prevent any unnecessary distractions.

Due to the breed’s basic herding instincts, they can be trained to herd livestock. They aren’t as nippy as other herding breeds but nevertheless, owners should still lookout for these behaviours.

House training the intelligent Berger Picard is relatively simple. Take them out every few hours and every 15 minutes after eating and drinking. Whilst the breed can happily live in an apartment, ideally, they should have access to a small garden.